Today, the European Investment Bank (EIB), the long-term lending institution of the European Union, and EnduroSat, announced a venture debt financing agreement of up to €10 million. The financing is being offered under a newly available venture debt instrument backed by the European Guarantee Fund (EGF), which was set up by the EIB to support EU businesses during the COVID-19 pandemic. 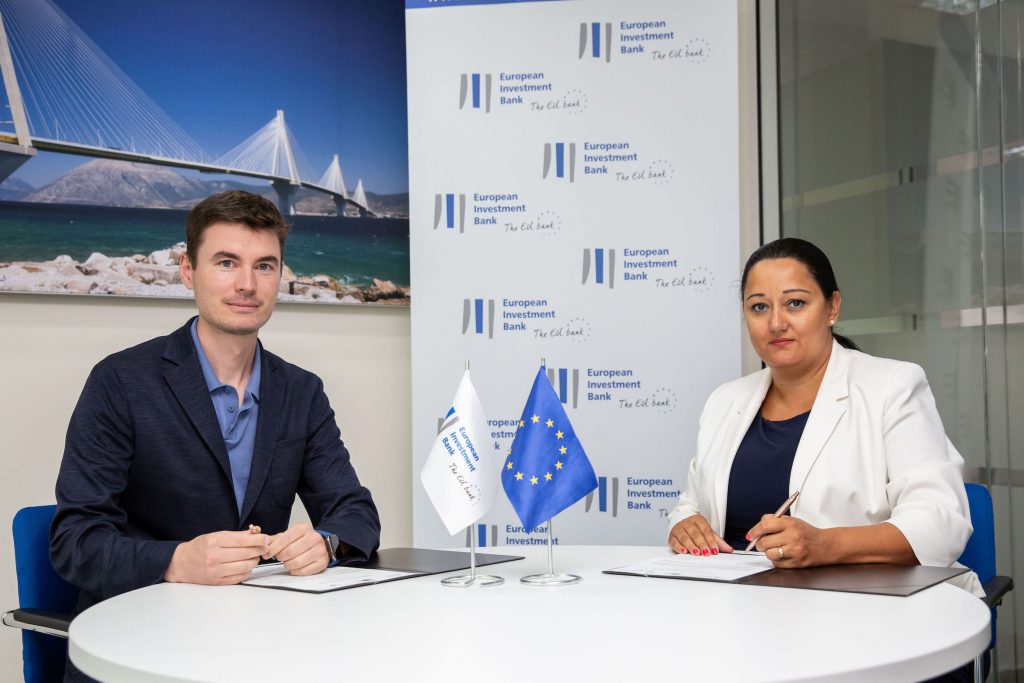 We are thrilled to announce our partnership with the European Investment Bank (EIB). The investment/financing will streamline our mission of empowering academia, businesses, and science teams across the globe to test and validate their technology in space. EnduroSat has been working hard to develop software-defined NanoSats, offering simple in-orbit operations and data handling. Our Shared Satellite Service radically simplifies the process of getting your payload to space in a significantly shorter time. 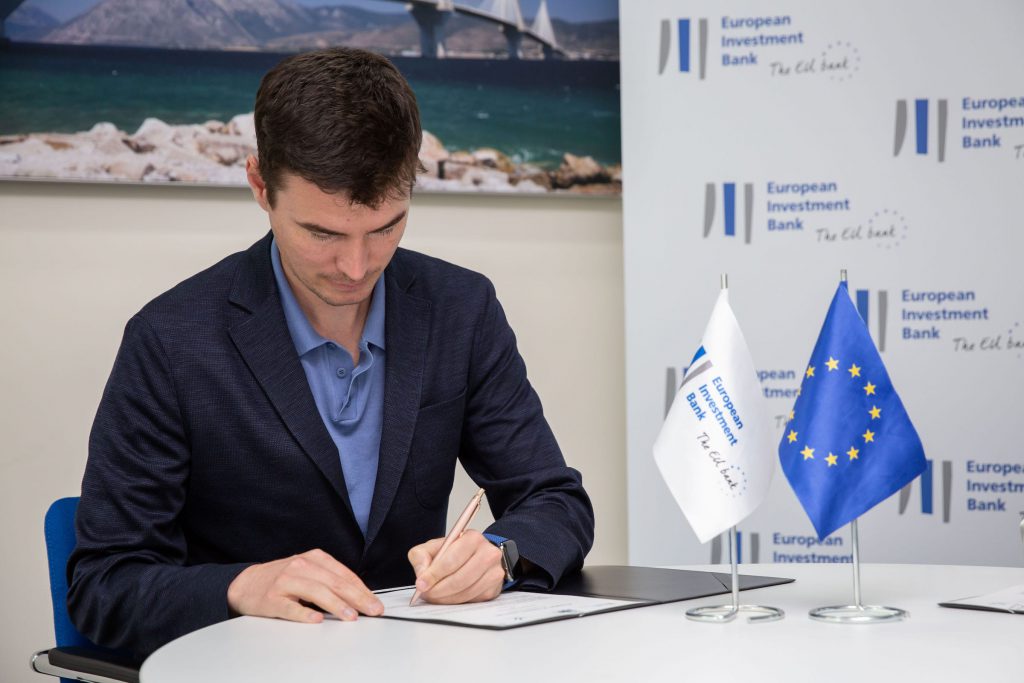 The EIB investment will back EnduroSat’s growth and job creation to further develop the company’s innovative, high-performance and affordable NanoSatellites and space services for business, exploration, and science teams across the Globe. It will also support the expansion of EnduroSat’s disruptive Shared Satellite Service. This new concept democratises access to space data. It allows customers to lease the company’s satellites to deploy sensors and instruments instead of developing their own satellite fleets.

The Shared Satellite Service streamlines space operations by covering all aspects of the process — from payload (customer cargo) integration and launch all the way to data command and control via a simplified cloud-based user interface. Its goal is to help drive innovation at the final frontier by providing easy access to space to visionary entrepreneurs, scientists and technologists. This new access to space data will also have a positive environmental impact with fewer small satellite launches required, leading to reduced space debris.

The first European Guarantee Fund venture debt signature with the Bulgarian scaleup EnduroSat is excellent news for the Bulgarian economy and Europe’s competitiveness as a whole. It promotes a new space industry segment that aims to democratise and improve access to space and related space technologies and applications for everyone in a way that respects the environment. As such, it will help boost jobs and innovation in a highly disruptive and cutting-edge sector that will define our future.

The global space economy has been growing at nearly twice the rate of the broader economy (pre-COVID) and is undergoing considerable changes. Many new private companies are entering a market that has long been dominated by government-run entities. According to the European Space Agency (ESA), every €1 invested in the space sector returns an average of €6 to the economy, making the sector essential for growth, competitiveness and high-tech employment. Space technology in orbit and applications on Earth are relevant across a large number of industries, including maritime, aviation, agriculture, natural resource management, insurance, financial trading and logistics.

The European Union has flagship programmes like Copernicus and Galileo that provide Europe with autonomous space capabilities, and is also embracing the changes of the new space sector with various funding vehicles. The EIB Group provides direct venture financing for later-stage, fast-growing companies, and through the European Investment Fund (EIF) backs various venture funds to support European space startups at earlier development stages. With the direct financing of EnduroSat, the EIB adds a third New space company to its venture debt portfolio, following the financing of Spire Global and D-Orbit in 2020.

In addition to its financing, the EIB is supporting the development of a European new space sector through its Advisory Services, in collaboration with the European Commission. The services produced a market study on The future of the European space sector and initiated the EIB Space Finance Lab. The lab connects space companies and financiers, helping companies tap into EIB and other patient capital sources. 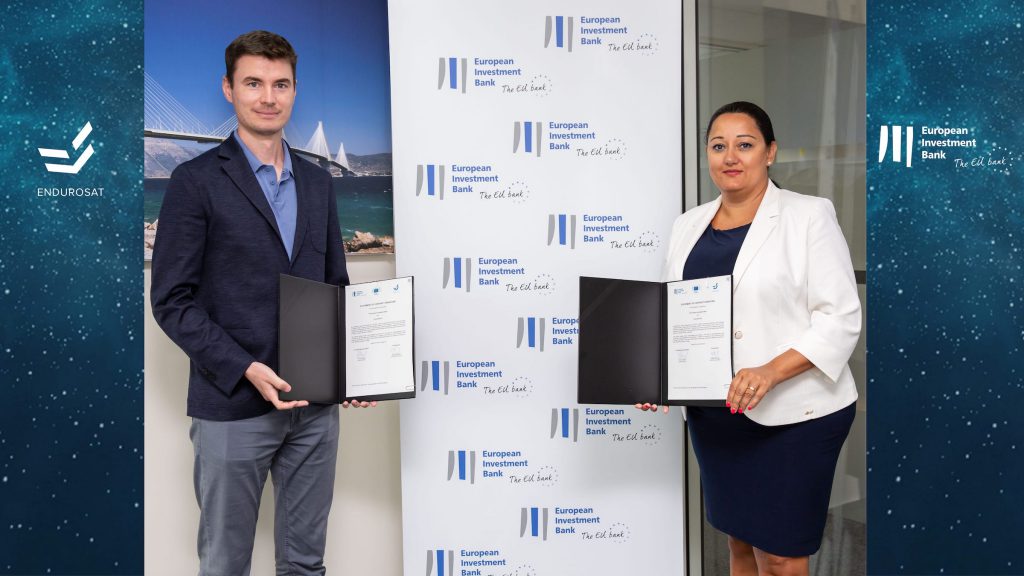 The European Investment Bank (EIB) is the long-term lending institution of the European Union owned by its Member States. It makes long-term finance available for sound investment in order to contribute towards EU policy goals.

EnduroSat provides software-defined NanoSats and space services for business, exploration, and science teams. Its focus is on the development of next generation constellation and exploration programmes. With an annual growth of 250%+, it is one of the fastest growing space companies in Europe. Proud member of the International Astronautical Federation (IAF), EnduroSat’s team exceeds 80+ talented developers, engineers and scientists, currently serving more than 110 clients worldwide. Customers for the Shared Satellite Service include 1) commercial space companies (data service operators) in internet of things, remote sensing, meteorology and Earth observation, and 2) research organisations: space agencies, universities and institutes.

The European Guarantee Fund (EGF) was set up by the EIB Group with contributions from Bulgaria and other EU Member States to shield companies suffering from the COVID-19 crisis. Using nearly €25 billion in guarantees, the EGF allows the EIB and the European Investment Fund (EIF) to quickly make loans, guarantees, asset-backed securities, equity and other financial instruments available to mostly small and medium-sized enterprises. The EGF is part of the European Union’s recovery package aiming to provide a total of €540 billion to boost those parts of the EU economy that have been hit the worst.